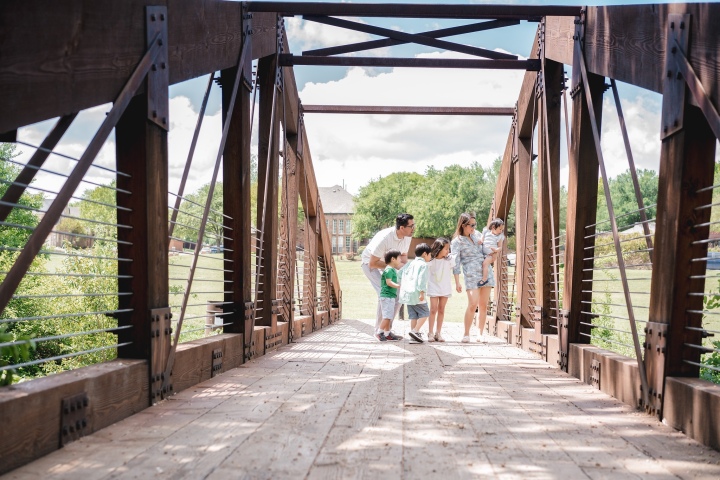 So quite a while ago, Annuar submitted his resume with the Association of American Schools in South America. We had casually discussed how it would be pretty cool if the kids learned Spanish in an actual Spanish-speaking country.

We even looked at a few videos of the impressive international schools in South America. However, he never did actually apply for any positions and we just let that resume float in the sea of thousands of other resumes. Out of the blue, he received an email asking him to apply for a particular school in Colombia. He applied for the high school principal position and after a string of interviews…he got the job! We had prayed a lot. We weren’t praying that He would get the job, but whether this move is a move from the Lord. Where He goes, we follow. There were several interviews and we prayed at each juncture. I was even asked to sit in for a few minutes in one of the interviews, I think it was the third one, and I had to speak English and Spanish! Yes, I was nervous. To say the least. I guess for the most part they probably just wanted to make sure that I was a good fit for their community and that I wouldn’t “bail” on my husband if things got too tough over there. Haha! But, in the days leading up to that particular interview it finally really started settling in that we may actually be moving from the American ‘burbs to a developing country. Why would we make such a move? 1. If we sensed it is the Lord’s leading and blessing 2. To care for His church (praise the Lord for the believers all over the earth!) 3. To share the gospel 4. To enrich our children’s cultural adeptness and to broaden their world view 5. To hone our Spanish language skills 6. If it improves the quality of life for our family 7. To give our children an amazing life experience. And yes, in all these matters we have just felt so blessed and sense the Lord’s covering and peace.

As I reflect, I honestly felt like it was always in the works. For those who don’t know me well or even friends who met me as a Suburbanite mom (and I even had to remind myself as I often get lost in mom world and forget who I was prior to momhood), I have to say that I guess I was somewhat “prepped” for this outwardly capricious enterprise…in undergrad, I double majored in International Business (Hook ’em!) and Latin American Studies (fancy way of saying I held on to all my credits from the Spanish AP test, took some interesting phonetics and ethnomusicalogy courses, and read Don Quixote. Okay it wasn’t only that–I read Gabriel Garcia Márquez too.) I traveled to either Puerto Rico, Spain, or Mexico every summer or winter between 2000-2005. And, this may sound like an oddball, but hear me out, I traveled rather extensively to China off and on from 2005-2008 for work. And in 2008 Annuar and I had our destination wedding in Mexico. Just wanted to tack that one on for the sake of nostalgia. 😉 The travels to the Spanish-speaking countries provided obvious prep work for the new undertaking in terms of the language and culture. However, China is the most like what people have described to me of the Colombian daily grind. In particular, the “developingness of the country…”, the bureaucracy of a simple bank errand, the rodeo show to obtain a long-term visa, and the dozens of official stamps needed to process anything and everything over there. Not only do I have to bring original paper documents of our marriage license and birth certificates, they need to be newly issued and within 3 months of issuing the visa! Annuar and I are guessing that it’s due to the recent refugee crisis at the Venezuelan border with too many people wanting to escape into Colombia. But. I’m from the USA, I cry. Anyway, it’s fine, I LOVE going to government agencies stateside with four kids in tow anyway. -_- Sufficient to say that I will simply be ready for a different pace of doing things, and I’ll bring a cup of Juan Valdez to enjoy along the way.

Did I mention that I have never been to Colombia, let alone South America? So I guess God checked off an item on my bucket list that I didn’t even realize I had. Going to South America nicely completes the baseline of my personal Spanish language and cultural journey on all the Spanish-speaking continents: Spain–the motherland, Mexico–our Southern neighbor, Puerto Rico—our fun and fast talking neighbor, and having lived in Texas and California gives me that Chicano-Tex-Cal-Mex experience.

Annuar already moved over there this week. The rest of us move on July 27. 16 days and counting!

10 thoughts on “Getting you up to speed”

Bingo blackout! What fun it was to see our streams flooded with brilliant squares of red and gold! 🤩 Thanks for sharing all of your inspiring Chinese Lunar New Year activities and crafts.
Fun Lunar New Year Tradition: 魚生 (Yu Sheng) The Prosperity Salad Toss 🥢🎊
My favorite part of Lunar New Year, as with many other world holidays, is togetherness. It’s an opportunity to gather and share...and this year, besides you know what 🦠😷, as an #expatfamily, we literally *have* to celebrate LNY virtually. (There are no Asians around here besides me and my halfies.) Swipe right for a few LNY memories from previous years.
This time last year we were watching fireworks outside our hotel window in Bogotá, Colombia. Never could I have ever imagined the year to develop in the way that it had. At the close of 2020, I am full of gratitude in my heart, but also very glad that we are at the precipice of a new beginning. We definitely had our share of stress and difficulties, including a dreadful trip to the ICU, expat limbo loneliness (living neither here nor there in the middle of lockdowns and quarantines) and just an intensely stressful school year where I felt like I have hit rock bottom in mom-ing. But we have so very much to just be THANKFUL for—my beautiful family, health, safety...and road trips in to nature with all of the majestic God-designed vistas we got to experience this year (with the exception of square #9). Yes, let’s focus on that. 💕
Winter Nature Decor 🪵🍒🌿🍊
❄️ Arctic Wonderland Sensory Play ❄️

TrilingualTexpats is a participant in the Amazon Services LLC Associates Program, an affiliate advertising program designed to provide a means for sites to earn advertising fees by advertising and linking to Amazon.com. There is never any cost to you.